I did my research internship at Emancipator in February 2019 for four months as part of my Gender Studies Master’s program at the Utrecht University.

I did several tasks at Emancipator and one of it was to create a membership brochure for MenEngage Europe. It is a European network of civil society organizations that aim to engage men and boys in gender equality and Emancipator is part of it.

Another task of me was to support Patrick and other peer educators with the IMAGINE workshops that are held in diverse schools In Amsterdam. The IMAGINE project is part of the White Ribbon Campaign, a global movement which aims to engage men and boys in the elimination of violence against women. It was energizing and sometimes challenging at the same time to speak about gender norms/diversity and gender-based violence with young boys (and sometimes also girls). However, leaving the schools with the feeling that we contributed to that some of these teenagers might think more critically about gender norms was very rewarding to me.

Besides this, another tasks and highlight for me was to support Emancipator with hosting the ‘Breaking the Cycle – Engaging men and boys for promoting gender equality and ending violence against women” study visit in Amsterdam. Emancipator welcomed organizations from India, Samoa, Sri Lanka, Madagascar and Spain. Throughout the study week, Emancipator hosted public events on sexual harassment, involving men in gender equality and the elimination of gender-based violence and connected the participants with Dutch organizations like Atria, the Blijf! Group, Fair Space or Sex Matters. Participants also got the chance to listen to a presentation of Heineken on conscious advertisement and in the end, we also did sightseeing with them in Amsterdam and Den Haag. It was very inspiring to get to know so many actors from the Netherlands and across the globe that work effortlessly to end violence against women through so many different approaches.

I appreciated the trust and freedom I got from the Emancipator team in doing these tasks – there was room to make mistakes and I felt appreciated for the work I did. I also liked the warm, welcoming and familial atmosphere that I felt part of the first day I joined the team.

To conclude, there was never a dull moment during my internship at Emancipator. All my tasks were diverse, exciting and very educational. This internship inspired me to continue doing work that focuses on contributing to social justice in our society. On top of that, it led me to the position that I am working in since one year, which is in the Secretariat of MenEngage Europe! 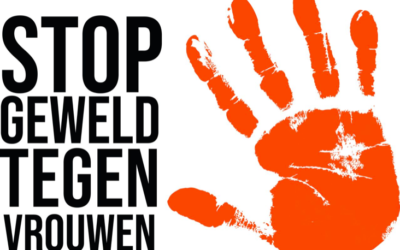